Here's a sneak peek at one cover idea and an unedited teaser from the first chapter. 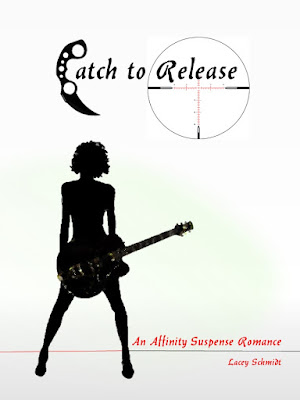 Chapter One – Bang, Bang. Got Me Good.

Addison Weller pushes the steel bar to open the underground garage access door beneath the courthouse and glances over everything before she ushers the Honorable John Errington through the door ahead of her. The fine hairs on the back of her neck stand up. She listens and hears only the hum of the industrial heating system, but a prescient tingle taps lightly over her spine. Reaching her left hand inside her jacket, she puts the tips of her fingers on the butt of her FN 5.7 pistol. She places her right hand lightly on the back of the Honorable John Errington.
A solitary businessman watches them over the hood of a black sedan forty feet to their left. Weller notices he is immaculate in a navy suit, white shirt, and paler blue tie. His face is as smooth and regular as milk, until he reaches inside his jacket. One of his brown eyes darkens and squints in an aim, as he pulls out a Sig Sauer P299.
Weller does not hesitate. She draws her heavy FN 5.7 smoothly. Her left forefinger brushes the safety off as her gun slides over the crisp linen of her suit vest with a soft rasp. She tosses her head to clear away a dark brown wisp of hair in her site-line as she levels the gun. Adjusting her own aim to the poor lighting and the lack of breeze underground, she strains to hear over the adrenaline roaring in her ears. She takes one long sure step forward, bringing her own body between John Errington and the Sig Sauer’s speeding bullet before she fires her own weapon.
Posted by Lacey Schmidt